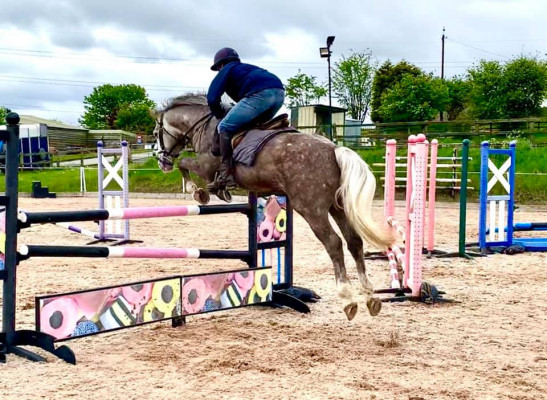 A LITTLE SUPERSTAR!!!
Django - 15.2hh 4yo Irish Draught gelding.
Django is the sweetest, most stunning, compact little horse. He really is a little superstar, with a fantastic jump on him, and a very easy going laid-back attitude to life.
He is a 7/8ths Irish Draught. His breeding is fully recorded as set out in the picture of his passport below. He is very well bred with his breeding lines including the very popular stallions of Huntingfield Rebel and Diamond Lad. He is a very hardy, sturdy little horse typical of his breed.
Django started his education off in Ireland earlier this year doing a few days hunting over there. We have also taken him on some hunt rides and hound exercises with the Rockwood Harriers to ensure his hunting ability is proven. His behaviour on the hunting field has been impeccable. He has recently been up front with a more advanced rider and has also been taken steadily at the back with a lady rider on her first ever hunt and first time jumping in 20 years! He is the perfect hunter, being extremely mannerly and calm, and was ridden in a simple snaffle bridle.
Beginning his education off on the hunting field has also paid dividends to Django’s general jumping ability. As can be seen from the pictures and his videos, we have taken him showjumping and cross country schooling, he has shown so much talent way beyond our expectations of him. He is such a brave tidy little jumper, showing lots of scope and ability.
Django loves his hacking and has been out both alone and in company. He has been brilliant in traffic and has been past many tractors and motorcycles without batting an eyelid.
Django is brilliant to travel. We have had him out in a wagon and trailer. I’ve taken him out places on his own and he loads straight on and you can leave him on the wagon on his own.
As per the video, Django is also coming along nicely with his schooling work, he has fantastic balanced paces and is able to easily walk, trot and canter on both reins. He feels very safe and comfortable to ride for his age and isn’t sharp or silly. I have just started riding him after having a baby last month. My balance isn’t great at the moment and I feel very safe and secure on him. He also stands nicely for me to get on from a mounting block.
Given Django’s age he isn’t ridden everyday and he lives out most of the time. We have given him breaks in his education leaving him out for a few weeks at a time and he comes back in no bother and you can get straight on him. He has had a brilliant start to his education and, whilst he has done some hunting to educate him and let him see life, he certainly hasn’t been overused or worked.
He currently lives on my small yard with a couple of other geldings. He is left in the field on his own regularly and isn’t bothered if I take the others off for the day. He’s very friendly and gets on well with my other horses and is good to catch and stable with no vices.
He has only been shod a few times due to his age. He was last shod a couple of weeks ago and I held him for the farrier. He was very well behaved and saw plenty of smoke as was hot shod. I do try pick his feet out most days and he is good for me to bath and groom.
Django would easily suit any type of rider wanting a lovely young horse to go out and have fun on. He is very easy and willing for a youngster, who has had his education started off correctly and steadily with his future in mind. I’m looking for a 5 star home for this little chap as he really is the sweetest little horse who will be sadly missed when he goes.
Please call me to discuss further on 07577912067.
Based in Huddersfield, West Yorkshire 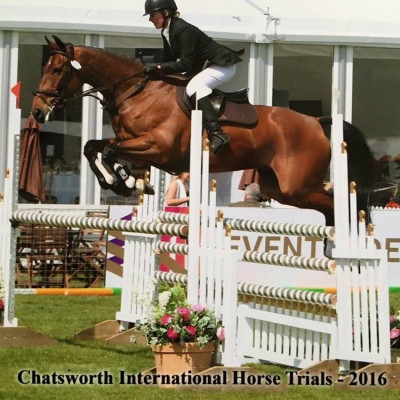