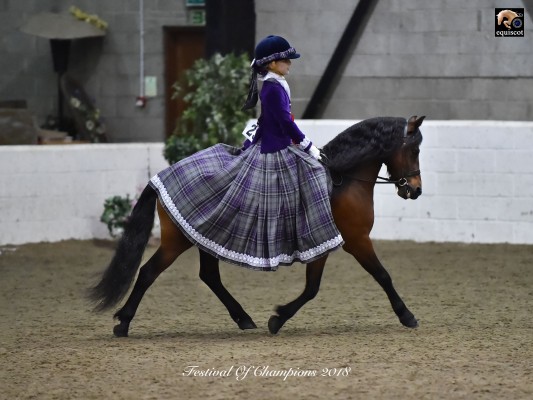 William would make a great 2nd pony for a confident child or small adult/teenager.

William is great to load and travels well. He is upto date with teeth, back and farrier( currently barefoot and as far as we know he’s never been shod). We have clipped William and although slightly unsure to begin he stood quietly to be fully clipped. William can be turned out on his own or with a group and can be caught easily once he gets to know you. William loves to be groomed and will stand to be pampered.

William at the moment is not a first ridden pony however with time and work he may be a future lead rein / first ridden. We purchased William in the hope to do this however after a fall our jockey is no longer confident enough to continue with this and

William requires someone who is confident in what they are doing as can be unsure at times. William is a top quality pony with both looks and movement and would definitely be a future Hoys pony however at the moment he is not the right pony for our jockey. We have not hacked William but believe he was in his past home.

William has attended a few shows including. Equifest competing both inhand and ridden with a bigger jockey. He also with his younger jockey won the concours de elegance at festival 21 Scotland in September and competes at local shows taking champion for Ridden and inhand.

More photos and videos can be sent

Would also consider exchange for a genuine first ridden M&M