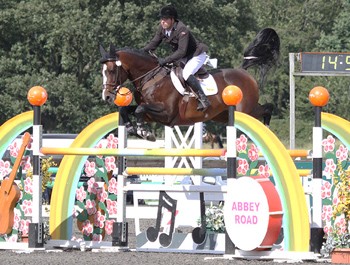 Mickey as he is known at home has had a fabulous young horse career with championship wins at Hickstead, Addington, Welsh Masters and Royal Windsor. 2015 saw him finishing 3rd at Royal Dublin Horse Show and 5th at Hoys in the Foxhunter final with an emergency stand in rider of John Whitaker as Rob was taken ill!! He is impeccably behaved, has a natural bascule with a scopey and careful jump. His paces are flowing and correct. He is a short coupled model with an easy attitude. He is by For Pleasure who is a two-time Olympic Gold Medal winner, World Champion & Hanoverian Stallion of the year in 2000. He was a member of the gold medal-winning German show jumping team at the1996 Atlanta Olympics, and named German horse of the year in 1995. Ridden by Lars Nieberg and later by Marcus Ehning, he is one of the most sought after sires in Germany having jumped at Hickstead, Aachen, St Galen, Spruce Meadows and Olympia among other great shows. With winnings totalling over 3 Million Euros For Pleasure was a wonder horse. He is by the great breeding sire, Furioso II; hence carrying plenty of blood with the TB Furioso and Precipitation. For Pleasure now has many proven offspring competing at 1.60m. His dam line is extraordinary being by Diamant de Semilly, in turn by Le Tot de Semilly, they are proven French bloodlines. Diamant de Semilly competed with Eric Levallois, he was successful in International showjumping and in 2002 won the team gold at the WC in Jerez and one year later the team silver at the EC in Donaueschingen. Also in breeding Diamant de Sémilly has distinguished himself as a producer of international showjumping horses. Also on the dam side we find the exceptional jumping bloodlines of Darco & Landetto. Licensed AES & Breeders Elite. BS winnings 930 points/£5687 Available AI fresh, chilled and frozen Stud Fee 2016 - £100.00 booking fee plus Stud Fee £700 + vat. 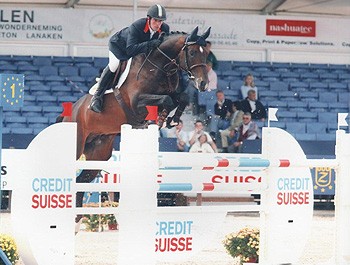