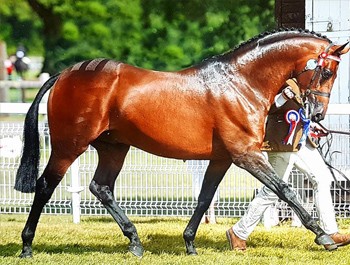 Tiger Attack, owned and bred by Joanne & William Moran, is an outstanding quality young horse, a real head turner with superb conformation and exceptional movement. He has been loose jumped and shows great athleticism along with style.

He has the most trainable temperament and is always willing to please and always gives 110%. Shown successfully in hand as a youngster with an amazing track record winning every major national championship, Ottergale Supreme (3 years running, £1000 North of England Supreme (2 years running), Royal Mile Supreme, Martin Wood £1000 Supreme Final, In Hand Future Event Horse Championships as a 2 & 3 year old at Bramham CCI. He qualified for the Cuddy In Hand Final at HOYS as a 2, 3 & 4 year old.

Tiger Attack was graded as a 3 year old with the SHB (GB) and is also Registered with the NPS. He is a genuine gentleman in every way, both in and out of the stable. He has also competed in dressage showing great potential with exciting times ahead.

His dam, Tiger Lily is a prolific show winner herself, again winning at National Level Royal Highland, Great Yorkshire, 2nd Royal International, also qualifying for the Cuddy Final at HOYS as well as qualifying for Olympia.

His first crop of foals were born in 2015, he stamps them full of quality with movement, they are following in his footsteps with Foal Champion at Royal Three Counties, Champion Filly and Supreme Hunter Show at the Great Yorkshire. In 2016 he had winners at Royal Norfolk, Great Yorkshire and the British Show Horse National Championships.

Tiger Attack will be aimed at the Burghley Young Event horse Classes as well as BD and BS. 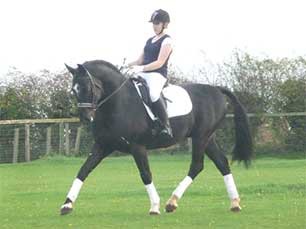